Westport Triathlon Club is holding its annual Triathlon Training Camp on Saturday and Sunday the 3rd and 4th of March. The camp will have a beginner focus on day one and and more intermediate and advanced theme on day two.

Although members are advised to go to both days as with triathlon there is always something new to learn.

The year camp is being delivered by Westport's Con Doherty. Con has being competing at the top level since 2011 and in 2017 alone he won the  Irish Triathlon National Championships, he came 2nd in the Malmö ETU Sprint Triathlon European Cup and 5th in the 2017 Tartu ETU Sprint Triathlon European Cup. So it fair to say Con is at the top of his game, you read all of his achievements here: https://www.triathlon.org/athletes/results/46674/constantine_doherty 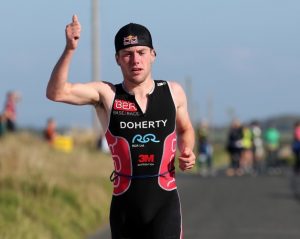 The camp will focus on:

Tickets are available in the club shop and to guarantee a place you must sign up before the 21st of February.